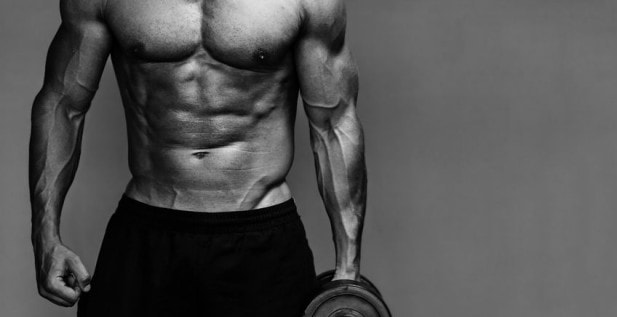 How often should you work out if you want to build muscle? Are bro split routines, where you hit each muscle group just once a week, the way to go? Or will you see better results working each muscle 2-3 times a week?

What prompted me to write this was an email that arrived at Muscle Evo HQ this morning:

“You’ve explained on your website that training a muscle more than once a week is more optimal for growth and this explains the popularity of full body workouts and upper/lower splits.

“What then confuses me is why are most bodybuilders, whose aim is to be as muscular as possible, training a muscle once a week? Wouldn’t they naturally incline towards a more result producing routine to boost their results?”

After all, bodybuilders are some of the most muscular people on the planet.

While there’s no universal training template followed by all bodybuilders all of the time, most of their training programs do have a few things in common.

And following a bro split, where they train each muscle group once a week certainly appears to be one of those things.

One study I looked at, published in the Journal of Strength and Conditioning Research, surveyed a group of 127 competitive bodybuilders [1].

It shows that 7 out of 10 trained each muscle group once a week. The rest did it twice a week.

So why are most of these guys (whose main aim is to be as muscular as possible) following a bro split routine, where they hit each muscle group once a week, and I’m telling you to do it more often?

What’s going on? How often should you work out if you want to build muscle?

First off, we have the drug factor to consider.

In the survey I just mentioned, almost 8 out of 10 of the respondents who competed in amateur bodybuilding reported using anabolic steroids.

And they were just the ones who admitted it.

If I was on the sauce, and knew that getting caught would land me in trouble, I certainly wouldn’t be telling anyone about it in an online survey.

Even relatively low doses of anabolic steroids can generate an impressive rate of muscle growth.

In one study, 100 milligrams of testosterone enanthate per week led to an increase in fat-free mass (a reasonable proxy for muscle mass) of 11 pounds (5 kilograms) [2].

Basically, these guys were gaining roughly a pound (0.5 kilograms) of muscle each week.

All without lifting a single weight!

And let’s be clear – 100 milligrams of testosterone per week is a drop in the bucket compared to the cocktail of drugs that some bodybuilders are using.

In another study, a group of men aged 19-40 were injected with 600 milligrams of testosterone enanthate each week [3].

After 10 weeks, they gained around 7 pounds (3.2 kilograms) of muscle.

A similar group of men who trained with weights three times a week, but who didn’t get the injections, gained just over 4.4 pounds (2.2 kilograms).

In other words, the men using testosterone and doing NOTHING gained 60% more muscle than the ones who lifted weights.

If you look at the way bodybuilders trained before drug use was widespread, hitting a muscle group more frequently was a lot more popular than it is now.

Ben Sorenson was the manager of Vic Tanny’s Gym from 1947 to 1949. At the time, Tanny’s gym was the largest bodybuilding facility in the world.

And being just half a mile from California’s Muscle Beach, it was popular with many of the top bodybuilders and strongmen from the 1940’s and 50’s.

In The New Bodybuilding for Old-School Results, Sorensen describes the routines of some of the bodybuilders he mixed with at the time:

“Most of the guys had full-time jobs. So the Monday-Wednesday-Friday schedule was the most popular. Vic Tanny was a believer in whole-body workouts, because he knew they consistently worked well. He’d always advised anyone, who asked his opinion, to stick to the basic three-days-a-week schedule.”

“Sure, some of the younger bodybuilders were into split routines and all kinds of crazy sets, reps, and novelty routines. But with the best guys — Steve Reeves (1947 Mr. America), Eric Pedersen (1947 Mr. California), George Eiferman (1948 Mr. America), and John Farbotnik (1950 Mr. America) — their serious, get-big-and-strong training was done with whole-body routines, three times per week.”

Even back in the day when Arnold was winning Mr. Olympia contests (when drug use was par for the course) most top bodybuilders were still training a body part more often than once a week.

There’s also the “that’s how it’s always been done and it seems to work just fine” line of thinking.

Some guys will always do what they’ve always done, or at least what is commonly accepted practice in bodybuilding circles.

Nothing to say they wouldn’t get better results with more frequent training.

Next up is genetics, which have a huge impact on your ability to add muscle.

To their surprise, they found roughly four times greater gains in the high versus the low responders.

In other words, let’s say that two guys start out lifting weights. Both follow the same training program and eat the same diet for three months. The high responder gains eight pounds of muscle. The low responder, on the other hand, gains just two pounds.

If someone has great “muscle building” genetics, they can often get away with training (and nutrition) methods that are less than optimal.

Even if the low responder were to follow the greatest training and diet program ever devised in all of human history, the high responder may still end up building muscle more quickly.

Since there are so many factors that affect how muscular someone is, you shouldn’t automatically try to copy what a particular group of people are doing simply because of the condition they’re in.

How Often Should You Work Out to Build Muscle: The Science

What does the science have to say about how often you should work out to maximize muscle growth?

Using a bro split, were you train a muscle once a week, can and will make that muscle bigger. But for most people at least, it’s probably the least effective way to train.

Researchers at the University of Alabama looked at the effect of two different training frequencies in guys with several years of lifting experience [5]. Both routines involved three sets of nine different exercises working the whole body. The only difference was in how often each muscle group was trained.

Over the course of a week, both groups did the same number of sets and reps for each muscle group.

Even though the total weekly training volume was the same, it was the guys who hit each muscle group three times a week who saw the greatest gains in both size and strength.

When a team of scientists reviewed several studies that investigated training a muscle once, twice or three times a week, they concluded that “the major muscle groups should be trained at least twice a week” to maximize growth [6].

Why does hitting a muscle group twice a week or more work better than training it once a week?

After you train, protein synthesis goes up. But it’s back to normal a couple of days later [8]. And creating more muscle damage doesn’t appear to make the rise in protein synthesis last any longer [9]. Put differently, there’s an upper limit on the amount of stimulation your muscles can respond to in any given workout.

In other words, when you follow a bro split and train a muscle once a week, it might spend a few days “growing” after the workout. But leaving seven days before you train that muscle again means missing out on several additional opportunities to stimulate growth.

That said, studies typically report the average results for a group. But no two people respond to the same training program in exactly the same way.

Working a muscle group 2-3 times per week may, on average, produce a faster rate of growth than training it once a week.

However, as I mentioned earlier, the type of training program you respond best to will be influenced genetic factors. So we can’t exclude the possibility that there may be a set of people who thrive on bro split routines that involve training less frequently.

We know, for example, that people with a specific variant of the ACE gene gain just as much strength with single versus multiple-set training programs, while people with another variant make faster progress with multiple sets [10].

The same may hold true for training frequency. Some people may make equal or faster progress working a muscle group once a week compared to twice or three times a week.

Even after training volume was taken into account, some folks gained muscle faster on the higher training frequency [12].

All of which means you’ll need to be willing to experiment. By that, I mean testing out different training frequencies with the aim of finding the one that works best for you.

I will always recommend an approach to training and diet that I think will work for most people, most of the time.

But “most people, most of the time” doesn’t mean all people, all of the time.

There will always be exceptions and outliers.

If you’re seeing results training a muscle once a week, then stick with it. I’ve known plenty of people build muscle on bro split routines.

There is no universally correct training frequency that works equally well for everyone.

Nor are there rigid guidelines that determine exactly what your training routine should look like.

But, if you’ve been used to hitting a muscle group once a week or less, it’s worth experimenting with an increased training frequency for the next few months to see if it works any better.

It's a "cut the waffle and just tell me what to do” PDF that tells you exactly how to go about building muscle. To get a copy of the cheat sheet sent to you, please click or tap here to enter your email address.

If you’ve hit a weight loss plateau, and can’t seem to get past it no matter how hard you try, STUCK will tell you why it happens and what to do about it.

Sugar Makes You Fat & Other Diet Myths Debunked is an ebook for anyone who wants a detailed, science-based analysis on the latest "hot topics" in the world of nutrition.