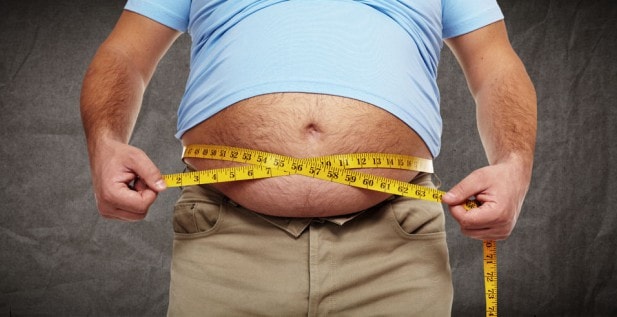 If you want to know how to get back in shape, without going on a special diet that you can’t stick to for more than a week, doing endless hours of boring cardio, or shelling out your hard-earned wonga on useless supplements, this page will show you how.

Earlier this week, I was talking with one of my best friends.

He’d recently entered the “dating scene” after getting divorced from his wife of 11 years.

And, let’s just say that he wasn’t quite as lean as he was when they first met.

Not only had his waistline expanded considerably, his confidence had taken a hit. He was disappointed with his lot in life, and didn’t feel good about himself and things in general.

He had, to put it bluntly, let himself go.

And, he wanted me to help him get rid of his paunch and get back in shape again.

Here’s what I told him:

Where Do I Start Getting Back in Shape?

When you’re trying to get back in shape, the stock advice is that you should share your goals with other people, because it makes you accountable and gives you more motivation.

Personally, I think this is a mistake. You’re far better off keeping things to yourself.

You want to go about your business like the SAS, on some covert operation behind enemy lines, where nobody hears about it until the job is done.

I’d also suggest that you go and do something that represents a simple “first step” towards getting back in shape.

Maybe set your alarm 20 minutes early so you have time to get up in the morning and go for a brisk walk. Or take some of the food in your kitchen that you know you shouldn’t be eating and get rid of it.

SEE ALSO: The Flat Belly Cheat Sheet. This is a “no waffle” PDF, written in plain English, that shows you exactly how to get rid of belly fat. To get a copy sent to you, please click or tap here to enter your email address.

You want to go and do something positive. Something that says you’re serious about getting back in shape, rather than just contemplating starting to consider thinking about it.

What Diet Should I Follow to Get Back in Shape?

Next, you’ll need to make some changes to your diet.

You don’t need anything complicated or fancy.

Nor do you need to cut out sugar, carbs, fat, lectins, wheat or whatever else the food police say is bad for you this week.

The first and most important thing to focus on is creating an energy deficit.

What exactly do I mean by that?

When you’re in an energy deficit, there is a mismatch between the amount of energy your body needs and the amount it gets from your diet. So, it starts looking for something to make up the deficit.

As long as your diet and training program are set up right (which I’ll tell you how to do in a moment), that “something” will be the fat you want to get rid of.

You also need to make sure you’re eating enough protein. This helps to fill you up as well as giving your muscles the raw material they need to recover and grow.

There are many ways to achieve those two things, from a ketogenic diet to intermittent fasting to IIFYM.

Ultimately, the “best” diet for getting back in shape is one that you can stick to. Compliance and consistency trumps most other things when it comes to getting in shape.

Are you hitting your calorie and protein targets for the day? Are you eating mostly wholesome, nutrient-dense foods? Are you cutting down on the junk that you know isn’t doing you any good?

If so, you don’t need to worry too much about the rest.

You certainly don’t need to eat six small meals a day, avoid carbs late at night, or any of the other minor details that people like to waste time thinking about.

How Do You Start Exercising Again?

I’d suggesting lifting weights at least twice a week. Three times a week will be better. And, if you’ve got the time, four workouts a week is better than three.

Lifting weights isn’t just for people who want to gain muscle, and will improve the way you look in two ways.

Firstly, if you don’t do some form of weight training while you diet, a good deal of the weight you lose will come from muscle as well as fat.

Second, strength training makes a direct contribution to the energy deficit required to lose belly fat and get back in shape.

And, if you’re doing exercises that work large muscle groups – squats, deadlifts, rows, lat pulldowns, presses, and so on – that contribution will end up being fairly substantial.

Make sure to train hard and push yourself. Aim to get each workout done in 45-60 minutes.

As far as cardio is concerned, I like to think of it as an optional extra. As long as your diet is set up properly, getting in shape doesn’t have to involve any cardio at all.

You also need to start taking better care of yourself. And that starts with getting a decent night’s sleep.

Sleep is something that’s very important.

Lack of sleep can screw around with some of the hormones involved in both hunger (the physical need for food) and appetite (the desire for food), as well as lowering your testosterone levels.

Not getting enough sleep will make it a lot harder for you to get back in shape, no matter how well your diet and training program are set up.

If you’re struggling to sleep because you’re worried about stuff, pick up a pen and paper and write down everything that’s on your mind.

You don’t necessarily need to find a solution to any of it.

Just get all the crap that’s bouncing around in your head down on paper. That by itself will often make it a lot easier for you to relax and fall asleep at night.

You also want to monitor your progress on a weekly basis.

There’s no point wasting money on getting your body fat tested, mainly because most body fat tests (especially the body fat scales) are a waste of time.

They’re not accurate enough for you to use the information to make better decisions about what to eat or how to train.

Instead, focus on the way you look in the mirror, how your trousers fit around the waist, your weight on the scales and your strength levels in the gym.

Always be willing to change what you’re doing if the results dry up.

Don’t keep on doing the same thing if it’s not working. Stay committed to your goals, but flexible in the approach you use to get there.

How Long Will It Take for Me to Get in Shape?

Finally, you’ll need to be patient.

You’ll come across a lot of crazy claims about how fast it’s possible to lose fat or gain muscle. Don’t let them distract you or push you off course.

No two people respond in the exact same way to an identical program of diet and exercise.

Which means that nobody can predict in advance exactly how fast you’ll lose fat or gain muscle, because they don’t know you.

They don’t know what your genetics are like, how much fat you want to lose, or how close you are to your maximum muscular potential, all of which can affect your rate of progress.

What I suggest you do instead is take some advice from John Wooden.

Wooden was college basketball’s most successful coach. His teams won 10 national championships in a 12-season stretch from 1964 to 1975. No NCAA men’s basketball coach has won more than four championships since Wooden retired.

Wooden’s theory was that you worry only about your preparation and the performance of your team.

You have to accept that the result is ultimately out of your hands, but that it is in your control to make sure you have done your very best.

And that’s exactly what I suggest you do.

To get back in shape, focus on what you can control – the food you eat, the training you do, the amount of sleep you get, and so on – rather than the things you can’t.

Do the right things, every day, and let the results take care of themselves.

It's a “cut the waffle and just tell me what to do” PDF that tells you exactly how to get rid of belly fat. To get a copy of the cheat sheet sent to you, please click or tap here to enter your email address.

If you’ve hit a weight loss plateau, and can’t seem to get past it no matter how hard you try, STUCK will tell you why it happens and what to do about it.

Sugar Makes You Fat & Other Diet Myths Debunked is an ebook for anyone who wants a detailed, science-based analysis on the latest "hot topics" in the world of nutrition.