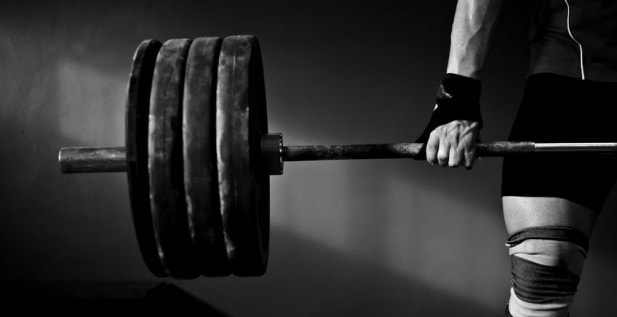 JD, a Muscle Evo reader, writes in with the following question:

“In the last year, I’ve become quite addicted to following the CrossFit Games. It’s quite a spectacle. Musclebound men and women at the top of physical performance. Are they on juice? I really hope and expect not. It would be nice to know that they are natural athletes who work hard.”

JD, prepare yourself for a shock…

I hate to be the one to break it to you, but I can say – with a very high level of certainty – that some of the people taking part in the CrossFit Games are juicing.

They still have to work incredibly hard. Drugs don’t change that.

However, some CrossFit competitors are carrying around a level of muscle mass that is unlikely to have been built without some kind of pharmaceutical assistance.

SIDE NOTE: John Romano, who’s been using steroids, selling steroids, smuggling steroids and helping athletes beat drug tests for several decades, talks more about the use of PEDs in CrossFit in the interview below. It’s a long but fascinating listen.

How Many Are Juicing?

How many CrossFit competitors are on juice? I don’t know. But we can take a rough guess by looking at the prevalence of doping in other sports.

The percentage of athletes who fail a drugs tests is around 2% per year, even though athlete surveys tell us that the number of dopers is somewhere between 20 and 60%.

Charlie Francis, who coached Ben Johnson to Olympic gold and the 100-meter world record in 1988 (Johnson was subsequently disqualified for failing a drugs test), had more than a little insight into what goes on behind the scenes in the world of elite sports.

Here’s what he had to say on the subject:

“When I testified at the Dubin Inquiry all those years ago, the information I had was that the number of athletes using performance enhancing drugs, at the Olympic level, was about 80%. The IAAF secretary, John Holt, said that my charges were ‘wildly exaggerated’ and said his research showed it was only 30 to 40%.”

Why would the athletes taking part in the CrossFit games be any different? Juicers exist in CrossFit, and are probably just as prevalent as they are in any other sport.

Athletes… boxers… rugby players… they’re all at it.

And it’s not just sport. Drugs are a feature of life.

“[PED use is happening in] more than just sports,” says former head of the Bay Area Laboratory Co-Operative (BALCO), Victor Conte, who spent time in jail for supplying athletes with steroids.

“In mainstream movies and action hero type stuff, it’s rampant. I’ll see photos of these guys. You can tell in a heartbeat if they’re using. Guys just don’t all of a sudden put on 25 pounds of muscle in two months for a movie role.”

To give you an idea what a big difference anabolics can make, I want to give you some numbers from a study that looked at the impact of testosterone injections (600 milligrams of testosterone enanthate every week) on muscle growth in a group of men aged 19 to 40.

And the guys using testosterone and doing NOTHING gained 60% more muscle than the guys who trained with weights.

It was a similar story in terms of strength.

Subjects who were injected with testosterone and did nothing gained just as much strength as those who were going to the gym.

Think about that for a second.

The guys who were on gear and did nothing got better results than the men lifting weights three times a week.

Keep in mind that 600 milligrams of testosterone a week isn’t a particularly large dose relative to what some guys are using.

If you have someone that has all the diet and supplement boxes ticked, training hard 4-5 times a week and taking 2 or 3 different anabolic drugs at the same time (which is not unusual), then he’s going to see dramatic gains in a very short period of time.

In this short clip from the documentary Bigger, Stronger, Faster, top fitness model Christian Boeving (you might have seen him in some of the old MuscleTech adverts) discusses his use of anabolic steroids.

Christian was later fired by MuscleTech because of a standard clause in all MuscleTech contracts that prohibits the discussion of anabolic steroids.

According to an article in the New York Times, Christian didn’t think his comments would cause that much trouble, mainly because he thought it was “pretty apparent that the top people in the industry use steroids to look like we do.”

If you want to use drugs, that’s up to you. It’s your body and your choice.

There are plenty of “do gooders” running around wringing their hands and pointing their fingers, telling you how to live your life. I have no interest in becoming one of them.

But I do think it’s important to know that there are people out there who are using drugs and then pretending that their gains were all down to high-rep olympic lifts, the Paleo Diet, and some BCAAs.

If you try to duplicate their results without the same level of chemical enhancement, there’s a good chance you’re going to end up frustrated at the large gap between your expectations and what you actually see in the mirror.

When results are everything and big money is on the line, chances are that drugs won’t be too far behind.