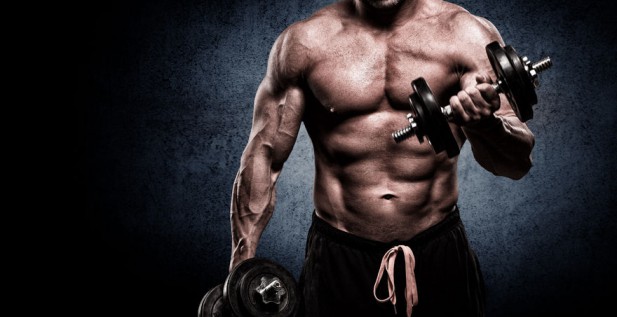 In which the question is asked:

“I recently came across an article talking about this 1000 Rep Armageddon challenge which was basically 1000 reps split between biceps and triceps. I’m wondering if you’ve ever tried this and if so whether it’s worth my time to attempt it.”

The idea behind the 1000 Rep Armageddon Challenge is that you do five sets of 20 reps for five biceps exercises. You do the same thing for your triceps. That gives you a total of 1000 reps for your arms.

It reminds me of the “One-Day Arm Cure” that did the rounds back in the 90’s, which involved training your arms up to 15 times a day, with the promise that you’ll gain up to an inch on your arms in less than a week.

Such a high volume of training is going to create a lot of muscle damage, which in turn will lead to inflammation and swelling [1].

However, while your arms are going to swell up temporarily for a few days after the workout, any increase in size is caused mainly by a build-up of fluid, which isn’t going to last [2].

In other words, any increase in the size of your arms is going to be relatively short-lived, because much of it comes from fluid rather than the accumulation of muscle protein.

One of the arguments in favor of the “annihilate and destroy” approach to training is that muscles have to be damaged in order for them to grow.

Indeed, it has been said that muscles grow precisely because of the damage you inflict on them in the gym. The more damage you create, the better.

Blitz your arms with 1000 reps, and you’ll create an apocalyptic level of damage. As a result, satellite cells will be activated, rates of protein synthesis will be increased, and your muscles will adapt by growing bigger and stronger.

Or so the theory goes anyway.

“Muscle growth, and the process of muscle repair after damage, are quite separate processes, although they both require an increase in muscle protein synthesis rates,” explains strength-training researcher Chris Beardsley.

There was an interesting study I came across the other day, which looked at the number of sets required to maximize gains in muscle size [3].

While the researchers measured muscle growth in several different muscles, I want to focus on what happened to the pecs.

The men in the study were assigned to one of four groups. All four groups trained their chest once a week, using the bench press and incline bench press.

The only difference was in the total number of sets each group did.

After six months of training, there was no significant difference (statistically speaking, at least) in the rate of muscle growth across the four groups.

If muscle growth increased in tandem with muscle damage, you’d expect to see the group who did the most sets gain the most muscle. But that isn’t what happened.

In fact, while the differences between groups weren’t large enough to reach statistical significance, it was the 4- and 8-set groups who gained the most muscle.

“It makes sense that you can only stimulate so much muscle growth in one workout,” says physique coach Menno Henselmans.

“The body’s adaptive capacity is limited. Evolutionarily speaking, it wouldn’t make sense for the body to morph into The Hulk after a single day of extreme manual labor. Adaptations are only desirable against stresses that repeat over time.”

There’s a limit on the amount of stimulation your muscles can respond to in any given workout. And 1000 reps for your biceps and triceps is well in excess of that limit.

You’ll just end up creating a colossal level of muscle damage (which is going to prolong your recovery time) without stimulating any additional growth over and above what you’d expect to see with a more conventional workout.